I want to earnestly bare my mind through this letter about the problem I am challenged with right now.

I am a young man and I am 26 years of age. I became a cultist even before I gained admission into the university and that was not a very long time ago.

I was dating a girl before I became a student in the higher institution and the relationship was very serious because I actually deflowered this girl.

This girlfriend of mine later discovered that I am a cultist after I gained admission into the university and was very mad at me.

We quarrelled a lot about the matter and with time we also settled it and sorted ourselves out.

I tried to shield my cult activities from my girl but one fateful night in campus, a war broke out between two rival cult groups in campus. My cult was one of the parties and in bloody clashes that ensued, some people were left dead.

There was now pandemonium in campus and students had to flee for fear of the dreaded cultists. The school authorities and the other rival cultists were looking for the people responsible for the tragedy and I had to run away from campus.

On my girlfriend’s birthday which she celebrated on campus I boldly ventured there to deliver a lap-top the Dj was to use to modulate his music.

Unfortunately I was apprehended by the school security who handed me over to the police.

I was detained for over 20 months thereafter and my girl was always coming to my cell to give me food and assist me in other things.

When I was finally discharged by the court, my girl was about four months pregnant for another man. When I called her and asked her about it she explained that her family had forced her to marry a wealthy man, because they said I will die in jail. She said that she was ready to abort the pregnancy but I adviced her against it.

She did her wedding with this other man and put to bed too. But I must confess that ever since she put to bed I have been sleeping with her and she had agreed to have a child for me and we can both go and get married outside the country. We even started planning towards this idea and she was always telling me she loves me more than she loves the father of her child. 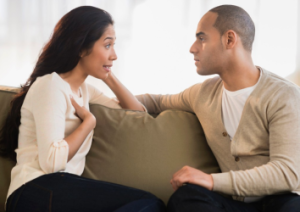 She Spent about two weeks with me before I travelled out of the country. She later told me she was pregnant for me and her husband did not yet know about it.

I was so thrilled about this news, only for me to be astonished when I returned home and decided to do some biological arithmetic and realised that the time frame of her conception and pregnancy did not add up to my own calculation.

It was obvious that the pregnancy was not for me and when I asked her she explained that she had also slept with her husband that night, that is the day she slept with me.

She claims she loves me but seems to be biased to her husband which is obvious. I am confused now because I really love and appreciate this woman but I am afraid to trust her anymore.

Please advice me on what to do. Should I just believe her story or hope for a marital life with her?

For all the latest UNIBEN updates, Download the eUniben android app by clicking here
Previous PostHave I Been Bewitched and Placed Under a Curse? I'm Scared Next PostI Opened Up to Him About the Abortions I Had for Him Without His Knowledge and He Broke Up With Me