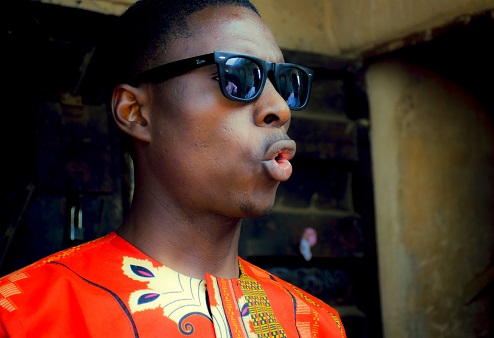 In an exclusive interview session in its latest episode of the popular program One on One, eUniben TV played host to Comr. Ogbidi Osemudiamen, the 2017/2018 Students’ Union Government elected president.

During the explosive session, he addressed several of the pressing issues that is currently been faced by the apex students’ body at the university of Benin.

Speaking on the November 23 protest by Students at the Ugbowo Campus, he made it known that, it was the Students’ Civil right. He also described the protest as “the most peaceful protest in the whole of mankind” as nothing was destroyed in the process.

When asked about the non-reinstatement of the Unions’ Executives who were amongst the affected uniben5, the elected president revealed that, he was shocked when he found out that he made a concession deal thus, his comeback as a student did not guarantee his reinstatement as president of the Union.

Furthermore, he made it known, the failure of his call back into office has nothing to do with the Vote of no confidence which was earlier passed on him by other excos of the Union, rather, he questioned the supremacy of the Supreme parliament on its failure to act after management made the Vice president, Frances Okogwu the acting president of the Union.

As a result, he faulted the current state of the union, no president, Secretary General, Assistant Secretary General and a Public Relations officer. In his words, “the parliament has failed” in the discharge of its duties.

Speaking on the vote of no confidence, the student leader unconditionally denied its content. On its failure to set up the judicial arm of the union, the President blasted the Law Students Association (LAWSA), saying that, the Union is responsible recommending individuals for the judicial arm, after which the president presents this to the supreme parliament for approval. According to him, the LAWSA presented to him two recommendation letters, and this disparity destroyed the process of setting up the judicial arm.

He further made it clear that, the accusation about him embezzling N4million from the union was false as any money received by the union has to go through proper scrutiny before it is released.

These and many more were the issues addressed by the president.

Watch the explosive video below: