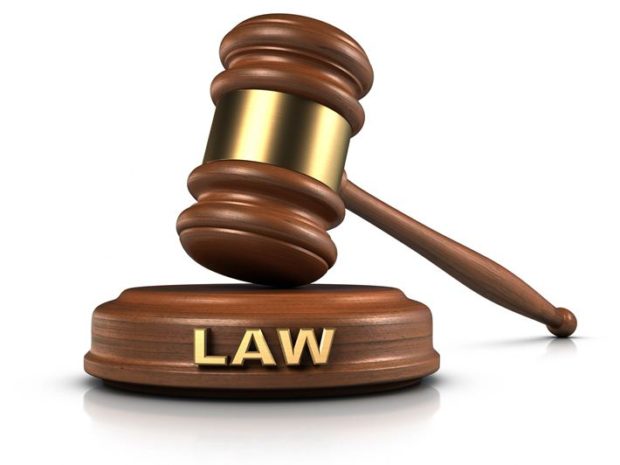 The competition started on Wednesday 14 March 2018, with a debate competition between the invited schools, with topics ranging from jurisprudential consideration of the relationship between law, religion and morality, taxation, Fidau dress code saga, and taxation of religious body.

At the end of the debate, UNIBEN, ably represented by Peter Nyeronvwo Komiti (500level) Lead speaker, and Abigail Juwah(300level) emerged the best school with 84 points, along side Babcock University, Adeleke University, and Lagos State University.

The best four schools were paired for an impromptu debate, to select the best two that will proceed to the final.

A two minutes impromptu speech was conducted between University of Benin and Adeleke University, UNIBEN was smartly represented by Peter Nyeronvwo Komiti(500level) proposing the motion, “Chapter two of the 1999 Constitution is enforceable” while Babcock University was paired with LASU for an Impromptu debate on Same sex marriage.

The Mock trial was conducted on Thursday 15th March 2018, between University of Benin (Defence), and Adeleke University (Prosecution). Team UNIBEN was declared the winner of the mock trial after the 2 hours mock trial competition because of their prowess at releasing the heat and sulfur of cross examination, and a display of the knowledge of the law via strong objections to procedural breach from the prosecution as was noted by the judge.

Team UNIBEN was thus declared the winner of the 3rd edition of the Prof. I. O Agbede National Debate/Impromptu Debate/Mock trial Advocacy.

Meanwhile Team UNIBEN was also the Winner of the First edition of the Niger Delta Moot Court Competition organised by NDDC in December 2017, and also the Winner of the Nigerian Round of the Phillip Jessup International Moot Court Competition, held at the Abujah Law School, on 14-15 March 2018, thereby set to represent Nigeria at the international round at Washington D.C come April 2018.

For all the latest UNIBEN updates, Download the eUniben android app by clicking here
Previous PostScience Practicals, Clearance and Other Non-Academic Activities to Kick-off as N.A.S.U, others Suspend Strike Next PostUniben Matric This Week end, Collection of Gowns begins