The Academic Staff Union of the Universities (ASUU), University of Benin Chapter, has given a warning that, it is set to take an industrial action as a result of the under-payment of staff salary for the month of February.

The Union which gave a one-week ultimatum to management of the institution demanding that, it makes complete payment of its members’ salaries for the month of February, and also, payment of all outstanding allowances and address the problem of over taxation which according to the Union, had placed its members in the position of been the lowest paid staff among Universities in the country.

The ultimatum given by the Union ended the previous Friday without an agreement between them and the university management. 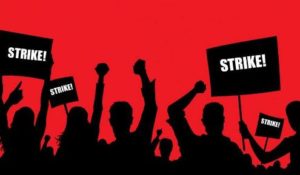 ‎In a circular issued by the University, it was noted that there has been a shortfall on the government’s release of funds. But the management assured the staff that any part of their salaries not paid would be refunded to them in the future.

Reacting to the situation, the university’s  P.R.O, Mr. Michael Osasuyi said every activity in the school is going on smoothly. And that Engr. Prof. Osasere Orumwense led administration is concerned about the welfare of every staff.

He said that, there is a working understanding between the management and the union and therefore, there will be no strike tomorrow 13 March as exams are ongoing.

Meanwhile, at the time of this report, ASUU was holding a meeting to lay out strategies to achieve their demands.

For all the latest UNIBEN updates, Download the eUniben android app by clicking here
Previous PostUNIBEN Graduate and 3 Others Nabbed for Robbery Next PostAn update about the resumption Dates for UNIBEN students in 300-level and above