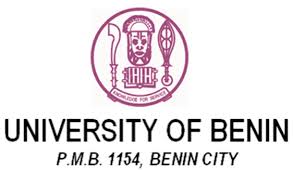 As stated by the Academic Calendar released by the University Senate, the 2017/2018 Academic Session will kick-off in less than a week’s time.

According to the new Calendar, the New Session begins with old Students returning to the Halls of residence by Sunday 12th November 2017 with lectures resuming on the 20th.

There has been rumors of postponement of these dates, but these have been debunked as false by the S.U.G P.R.O who confirmed that there has been no changes made to the given dates.

Also, in a recent development, the price of Uniben town Shuttle Service has been raised from N50 to N70 though the Student Union Government is fiercely fighting against the increase.

Unless the S.U.G makes progress in the fight against the increase, Students and those using the Bus Service would pay N70 from Main Gate to Ring or New Benin.

For all the latest UNIBEN updates, Download the eUniben android app by clicking here
Previous PostUniben Convocation Ceremony 2017 to Hold November 22nd Next PostEdo Super Cup: Showdown as Uniben All-Stars Battle for the Trophy in Finals