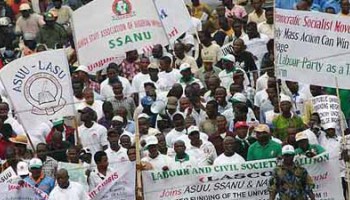 The strike action embarked upon by the J.A.C has continued into a third month with the Executives of  vowing to continue with the strike till they come into a consensus with government. According to the joint body, the Federal Government failed to implement its 2009 agreement.

The strike which began  4th of December 2017, has critically affected much of non- academic activities in public Universities across the Nation. Social amenities such as water supply, health care services etc has been on halt.

In Uniben, the libraries are down, anatomy gate has been on lock down for weeks, practical classes has been put on hold in several departments, clearance activities for newly graduated students has also been affected by the strike.

Earlier on, the Chairman of the Joint Action Committee, Mr. Samson Ugwoke instructed its members with these directives “Drivers attached to Vice Chancellors and other principal officers should be withdrawn. All units including VC’s office, Works and Services, Health Centre, Bursary, Registry, ICT, MIS, Audit and others should be closed down and none of our members are to be found within the vicinity of their offices. Apart from the strike monitoring teams set up by the branch executives, no SSANU member should be found within the university premises.”

Several organisations as well as concerned individuals have appealed to the federal government to dialogue with the striking unions in order to put an end the already two months old strike.