In response to the many questions about resumption for the second semester of the 2016/2017 session, the office of the Registrar has released an update to let students know about the resumption date.

In the update, the Registrar stated that students were not properly guided regarding the commencement of lectures because, the various faculties and departments were yet to present time-table for the second semester.

He further stated that lectures for the semester began on the 27th of March and students are to take note to avoid any doubt. 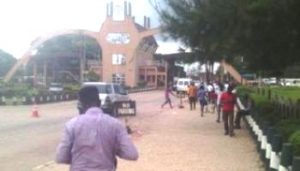 According to the update, from the emergency meeting held by the Senate on the 3rd of February, 2017, changes were made to the first semester exam time-table for the 100 and 200 level students and were expected to resume the second semester for studies without any break while the approved 2016/2017 session calendar remains valid.

The Registrar therefore urged Provosts, Deans, Directors, and Heads OF Departments to present the second semester time-table and ensure all students resume classes for lectures.

It is also noted that, lectures for the semester began on the 27th of March 2017 and will end on the 17th of June 2017 and students are to take note.

For all the latest UNIBEN updates, Download the eUniben android app by clicking here
Previous PostUpdated Second Semester Calendar for 2016/2017 Session Next PostUNIBEN Graduate and 3 Others Nabbed for Robbery