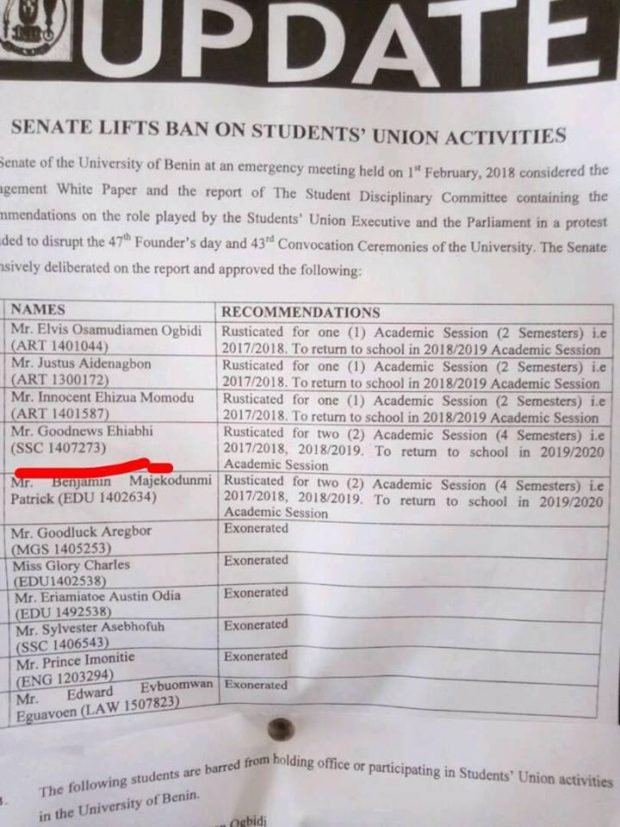 After much anticipation from the Student body on the suspension of the Executives of the Students’ Union Government as well as its parliament, the Senate of the University finally came to a conclusion with the rustication of the President of the Union, Comr. Ogbidi Osemudiamen and four others for a period of one session.

According to the update released by the University management, an emergency meeting was held during which it considered the report by the Students disciplinary committee on the role of the Students’ Union Government Executives and Parliament on the rally held by students in November last year. 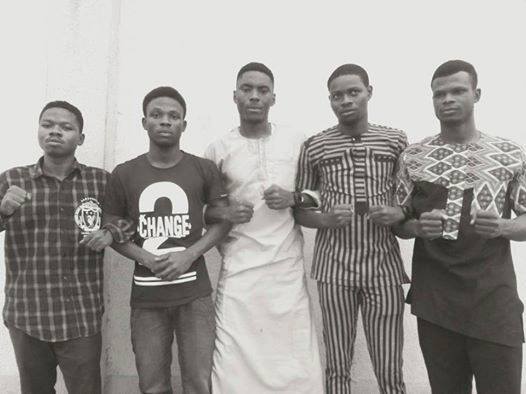 Others affected by the Rustication include;

The affected persons were also barred from holding any office positions or participate in any students’ Union government activities within the school.

Students as well as student bodies across the nation have reacted to the incident.

For all the latest UNIBEN updates, Download the eUniben android app by clicking here
Previous PostSUG Saga Latest: NANS Declares a "State of Emergency" at University of Benin Next PostUNIBEN Not spared as J.A.C (NASU, NAAT, SSNANU) Vows to Continue Strike