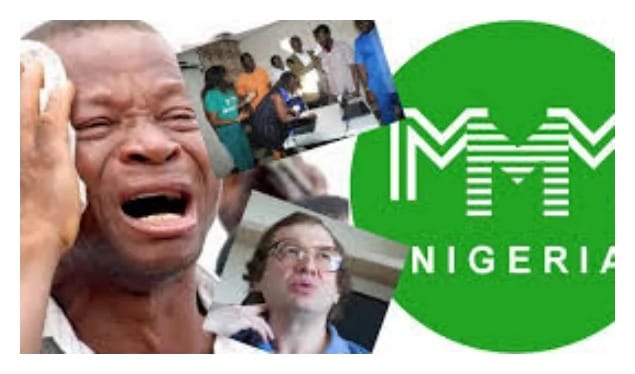 Just before the end of the year 2016, there was such joy in the hearts of many students as one of the most popular Ponzi schemes known as MMM came alive to increase their fortunes and their financial status. Little did they know that their joy was going to be a transient one. For some months the system was bringing good returns and payment was being made with reckless abandon while people were cashing out real big.

Uniben Students  were not left out as almost every student was fully involved in MMM, iCharity, ultimate cycler etc. Some went as far as investing their school fees and house rent believing that in a few weeks, they’ll get their money back in double fold.

But then all of a sudden, these sites started failing and many people who had invested so much in these schemes started wailing as they could not access their money any more. From the information gathered from one of the schemes, they stated that, as a result of the traffic being recorded on their website, of which their was no much space provided for such army of visitors flooding the site prior to the inception of the scheme, the site had to go on a recess in other to build a greater capacity to accommodate more people. As a result of this imbalance, those who had already committed their cash in the system had their cash stuck hoping to get it back by the time they resume in early january of 2017.

My friend Chukwuma, a 300 level physics student seemed to be the worst hit by the crash as he invested his school fees and his sister’s clearance fees in the hope of multiplying it.  It came as shock to him as he could not belive that his money had gone and there is nothing he could do than to wait and believe the system will jerk back to life again. When ultimate cycler resumed, there was nothing he could do as the system could not last for a week before crashing finally.

His younger sister had to go back home to tell their parents what had happened so she would not lose her admission, his parents were kind enough to give the sister her acceptance fee but as for Chukwuma, he was to hope and believe when MMM comes back, it won’t be as bad  as that of ultimate cycler where he lost his school fees.

Now MMM is back  and his money is not back and the painful thing is that he watches his money grow week in, week out any time he logs into the site.

This is the fate of many that were involved in this ponzi schemes and undoubtedly the most trending news and event in Uniben at present. What do you think?

For all the latest UNIBEN updates, Download the eUniben android app by clicking here
Previous PostUniben Student, Others Die In A Ghastly Motor Accident Next PostUNIBEN Faculty of Pharmaceutical Sciences and 17 Other Universities Gets Accredited by Pharmacists Council of Nigeria