For his part in the global hit song “One Dance” by Drake, the Nigerian pop star Wizkid received seven nominations in this year’s billboard music awards, Las Vegas. 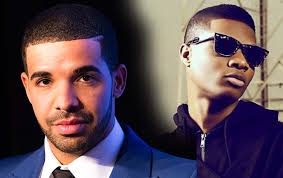 This year’s Billboard award saw Drake and The Chainsmokers as the top nominated artistes, having 22 categories each.

Also, Twenty-One Pilots got 17 nominations, with Rihanna getting 14 while The Weeknd and Beyonce had 13 nominations each.

The awards ceremony is holding at the T-Mobile Arena in Las Vegas, US.

For all the latest UNIBEN updates, Download the eUniben android app by clicking here
Previous PostMaster Mind Behind Jamb Hack Nabbed Next Post“CloseUp” hits Uniben with its #MakeThatMove Challenge